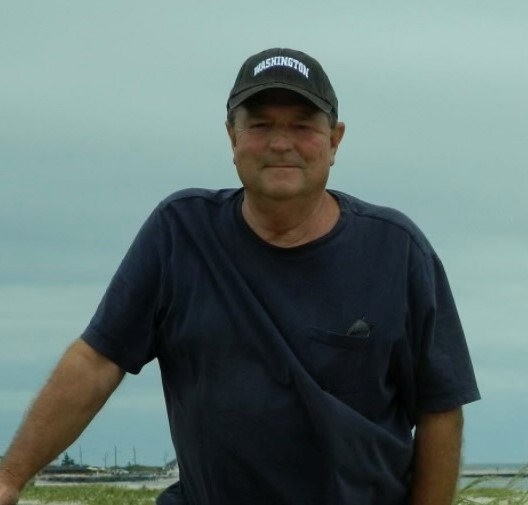 Please share a memory of Michael to include in a keepsake book for family and friends.
View Tribute Book
Michael J Barnes of Villas, NJ, passed away on Saturday December 24, 2022. He was born May 21, 1948 to the late Robert and Eileen Barnes in Herkimer, New York. Michael's personality included some of the best traits like; appreciation, compassion, curiosity, generosity and especially kindness. His cheery spirit and his seemingly infinite wisdom made way for friends to become family, and for family to gather and spend quality time together which is what he most adored. He was the type of man who held everyone close to his heart, especially his adored cousin, Lee. As a part of his successes he spent four years as a musician, thirteen years as a carpenter and ten years as a teacher at the University of Maryland School of Architecture. During his time at University of Maryland he traveled to Cape May, NJ, to teach a summer course on "historic preservation" at The Chalfonte Hotel. After working on the Chalfonte with his students he knew this place was going to be home. Growing up, Michael resided in many states including; Ohio, Florida, Vermont and Maryland, before planting his roots in Villas, New Jersey in 1994. His hobbies included but were not limited to, fishing, gardening, golfing, skiing, and traveling. His adventurous spirit allowed him to do incredible things like, be the lead singer in a band called Tiffany Shade in the late 60's. He even completed 103 skydiving jumps and also built an all wood trimaran sailboat from scratch. He was the definition of a jack of all trades—who retired early and got to love life while seizing all the amazing experiences that come with it. Some of the greatest roles he played in life were as a son, brother, husband, father, companion, and a grandfather. Michael was predeceased by his father, Robert Barnes and his mother, Eileen Barnes, and his son in law Justin Leitz. Michael is survived by his children Megan and Haven Barnes, his companion of twenty-three years, Alda Magill, his former wife Debroah Day, his beloved grandchildren Reece and Jodi and his siblings Kate, Larry and Sheila, his niece and nephew Lilian and Max Boot, along with many more family and friends. A Celebration of Life will be held at a later date. Condolences may be shared at www.evoyfuneralhome.com.

Look inside to read what others have shared
Family and friends are coming together online to create a special keepsake. Every memory left on the online obituary will be automatically included in this book.
View Tribute Book
Services for Michael Barnes
There are no events scheduled. You can still show your support by sending flowers directly to the family, or planting a memorial tree in memory of Michael Barnes.
Visit the Tribute Store

Share Your Memory of
Michael
Upload Your Memory View All Memories
Be the first to upload a memory!
Share A Memory
Send Flowers
Plant a Tree