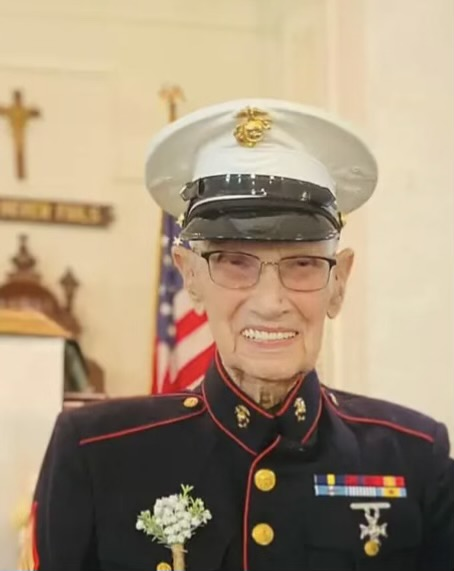 Please share a memory of George to include in a keepsake book for family and friends.
View Tribute Book
George Washington Young, Jr., 90, Cape May Court House, entered into eternal rest Sunday, October 30 at his residence surrounded by his loving family. Born November 1, 1931 in Philadelphia, he was the son of the late George Washington Young, Sr. and Barbara Forsythe Young. George was a veteran of the Korean War having served as a Sgt. in the Marines. In addition to his parents, he was preceded in death by his first wife Clara Breslin Young; daughter in law Margaret Young; daughter Carol Voss and her husband Chris; daughter in law Theresa Young; and son David and his wife Sue. George will be forever missed by his wife Judith Walsh whom he married May 15, 2022. He is survived by his children Albert husband of Janet; Donald; George III and his wife Patricia Young; Ben; and Minnie Dowe wife of Dennis; 21 grandchildren; 43 great grandchildren; 2 great- greatgrandchildren; and several nieces and nephews. Funeral Services will be held Friday, November 4 at Noon at Evoy Funeral Home 3218 Bayshore Road North Cape May. Pastor Gerry, Off. Family and friends are invited to pay their respects from 10AM until the time of the service. Interment with military honors will be held on the grounds of Cape May County Veteran's Cemetery. Please visit EvoyFuneralHome.com to leave a condolence for the Young family.
Friday
4
November

Share Your Memory of
George
Upload Your Memory View All Memories
Be the first to upload a memory!
Share A Memory
Send Flowers
Plant a Tree