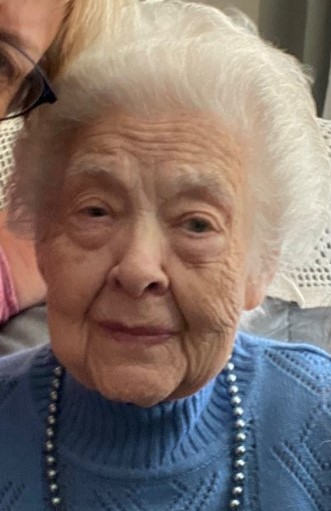 Please share a memory of Vivian to include in a keepsake book for family and friends.
View Tribute Book
Vivian Burnside She had a smile that could light up a room. Vivian C. Burnside, 96, of Townbank, Nj passed away peacefully on October 13, 2022, at Fountain Springs in Cape May Courthouse. Born January 4, 1926 in Allentown, PA. she was the daughter of Paul and Gladys Kropp. In addition to her parents, she was preceded in death by her husband of 48 years, the late Ward Burnside and her Step Daughter , Colleen Burnside Kacanda. Vivian spent her childhood and young adulthood in the Allentown area. She married in 1963 and relocated to Paoli, Pa. where her husband Ward had his plumbing and heating contractor business. Vivian was not only active in the business, but also played a major role in the NAPHOC (National Association Plumbing-Heating-Cooling Contractors). In 1979 and 1980 she was named "Woman of the Year." Vivian was President and Secretary of the Women's Auxiliary of the Pennsylvania Association (1992-1994) and was also on the Board of Directors for the Philadelphia Suburban Apprenticeship Council. After retirement she and Ward relocated to Townbank, NJ. Vivian was a member of the Women's Club of Cape May for many years and an active member of the Property Owners Association of Cape May Beach (Townbank). She belonged to the Bible Fellowship Church from birth and was a long-standing member of the Cape Community Church in Cape May Courthouse. Vivian is survived by her daughter, Patricia Rindler and her grandchildren, Daniela Rindler and Philipp and Audrey Rindler; her Stepson C. Gregory Burnside and grandson Joseph; granddaughter Leah Kacanda; sister, Karen J. Sterner; and many, many nieces and nephews. A Remembrance of Vivian's life will be celebrated on Sunday, October 23 at 1:00pm at the Cape Community Church, 1159 South Rt. 9, Cape May Court House, NJ. In lieu of flowers the family requests that a donation be made to the Cape Community Church. Condolences can be shared at www.EvoyFuneralHome.com
Sunday
23
October

Share Your Memory of
Vivian
Upload Your Memory View All Memories
Be the first to upload a memory!
Share A Memory
Send Flowers
Plant a Tree