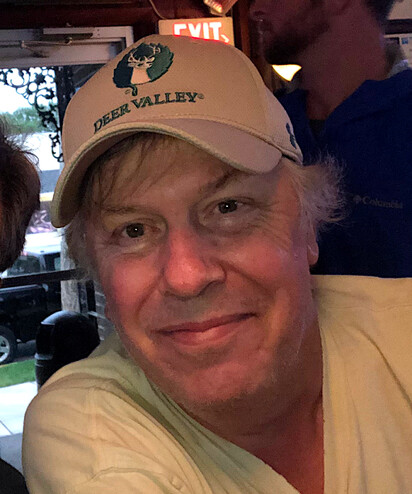 Please share a memory of Richard to include in a keepsake book for family and friends.
View Tribute Book
Rick Moore, a long-time resident of Cape May, New Jersey, lost his battle with heart disease and died unexpectedly on Wednesday September 21, 2022. He was born on February 23, 1960 to the late Carl and Dorothy (Becker) Moore in Abington, Pennsylvania. Rick is survived by his brother Carl and sister-in-law Deborah of Walkersville, MD, and his nephews Ryan, Tyler, Brent, Alexander, and Brandon, as well as his step-nephew Justin and step nieces Xandrea and Shaina. He was preceded in death by his parents Carl and Dorothy Moore, and his brothers Chris and John. A Memorial Service will be held at Evoy Funeral Home (3218 Bayshore Road, North Cape May, New Jersey) on Saturday, October 1, 2022. Viewing will be held from at 2PM to 3PM, followed by a memorial service from 3PM to 4PM. Gifts in lieu of flowers may be made in Rick's memory to the Veterans of Foreign Wars (https://www.vfw.org/) where Rick was a longstanding member and supporter of veteran's affairs. Rick grew up in Roslyn, Pennsylvania and was an avid football player and fan. He graduated from Abington High School in 1978 and attended Shippensburg University. At Shippensburg Rick was a member of the Tau Epsilon fraternity where he made many lifelong friends. Rick graduated from Shippensburg in 1982 with a bachelor's degree in accounting. In his twenties, Rick joined Standard Pressed Steel Corporation, rising from the factory floor to become a sales manager. He worked in Jenkintown, Pennsylvania, Hermosa Beach California, and Seattle Washington before leaving SPS and moving back to the Cape May area. Rick held a number of positions after SPS, but best loved being self-employed. Rick was an avid fisherman who loved nothing more than getting on a boat and spending the day casting his line. He was also a fan of all the Philadelphia teams, especially the Eagles and Phillies and would enjoy sitting in the Cape May VFW with friends to cheer his teams on. Rick was a gentle, kind, and happy man, who was always willing to help others and never complained, even as his health declined. He will be missed very much by family, friends, colleagues, and neighbors. Condolences can be shared at www.EvoyFuneralHome.com.

Share Your Memory of
Richard
Upload Your Memory View All Memories
Be the first to upload a memory!
Share A Memory
Send Flowers
Plant a Tree