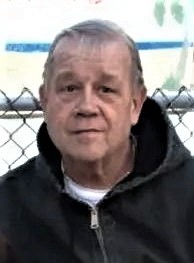 Please share a memory of Michael to include in a keepsake book for family and friends.
View Tribute Book
Michael Kane, 75, of Villas, passed away peacefully with family members by his side on September 17, 2022, after a lengthy battle with kidney disease. Michael was born May 4,1947 in South Philadelphia to the late Joseph J. and Caroline M. Kane. He attended Saint Aloysius grade school and after graduating from Bishop Neumann High School, he served his country in the Army. After his discharge, he returned to South Philly and married Maryann Brinkman in 1969 and started a family. After working as a longshoreman, he moved his family to Wildwood where he shared his love of APBA boat racing and model trains with his grandchildren and great grandchildren. He is survived by his wife of 53 years Maryann, daughters Kelli Robb (Stephen), Shannon McGovern, Colleen Shaw (James); grandchildren Kerry Gonzalez (Christopher), Joshua Parks, Devon, Brandon and Ashton Shaw, Colin and Drew Robb; and great grandchildren Tayler, Noah and Christopher. He is also survived by his sister Marie Hice (James) and brother John Kane (Diane). He was preceded in death by his grandson Tyller Camp and great grandson Reilly Kelly-Pallanta. A celebration of life will be held in his honor on Saturday October 1, 2022 at 1 p.m. at Historic Town Bank Property Owners Hall, 201 Clubhouse Drive, Cape May, NJ 08204. Condolences can be shared at www.EvoyFuneralHome.com.
Saturday
1
October

Share Your Memory of
Michael
Upload Your Memory View All Memories
Be the first to upload a memory!
Share A Memory
Send Flowers
Plant a Tree