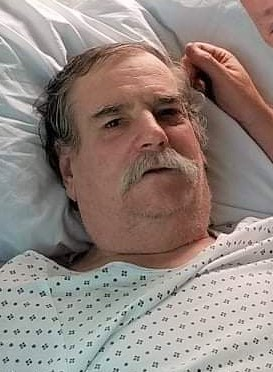 Please share a memory of Robert to include in a keepsake book for family and friends.
View Tribute Book
Robert N. Godman Sr age 70 passed away on Sunday September 4, 2022 after a long illness. Robert was born in Philadelphia PA and was a resident of Cape May Co most of his life. He had worked for Lower Twp. MUA and later the Produce Place in N. Cape May. Robert enjoyed feeding the squirrels, going to yard sales and collecting. He was preceded in death by his companion Patricia Gonzalez; brothers Eddie, Eugene and William; sisters Dot and Lee.. Robert is survived by his son Robert (Linda) Godman of Ocala, FL; a sister Chick and 4 grandchildren; six step grandchildren and 3 great-grandchildren. Funeral services will be private. Contributions to offset funeral expenses and condolences can be sent to Robert and Linda at 300 SW 40th Steet, Lot 12 B, Ocala FL34474. Condolences will also be received at www.EvoyFuneralHome.com

Look inside to read what others have shared
Family and friends are coming together online to create a special keepsake. Every memory left on the online obituary will be automatically included in this book.
View Tribute Book
Services for Robert Godman, Sr.
There are no events scheduled. You can still show your support by sending flowers directly to the family, or planting a memorial tree in memory of Robert Godman, Sr..
Visit the Tribute Store

Share Your Memory of
Robert
Upload Your Memory View All Memories
Be the first to upload a memory!
Share A Memory
Send Flowers
Plant a Tree