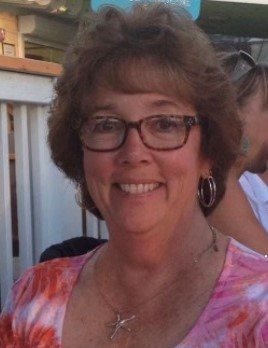 Please share a memory of Barbara to include in a keepsake book for family and friends.
View Tribute Book
Barbara E. Hubmaster (Heisse), 74, of North Cape May, NJ, passed away on August 7, 2022 at her home surrounded by her loved ones. Barbara was born in Phila., PA to George & Edna Heisse on December 14, 1947. She went to St. Hubert High School and graduated in 1965. She went on to have jobs at S. Walter packaging and Soabar before moving to her vacation home in North Cape May in 1998. She was employed by the MidAtlantic Center for the Arts (MAC) for over 20 years where she was the volunteer coordinator. She loved her job and the people she worked with and enjoyed all the volunteer work she signed up for. She was actively involved in the travel shows, scarecrow alley, the beautiful Christmas tree exhibit, the candlelight tours as well as running the MAC tent at the festivals. Barbara is survived by her daughters Barbie Meara (Paul) and Michele Hubmaster (John Kohl), and her brother George Heisse. Also, her many grandchildren: Alicia Kapp (Kevin), Amanda, Nicholas and Jimmy Meara, and Andrew, Tyler and Vinny Thomas, her great granddaughters Mia & Charlotte Kapp and Orion & Rhys Meara as well as many nieces and nephews. She was preceded in death by her husband Charles Hubmaster, her parents George & Edna Heisse and her sister MaryEllen Marcel. In lieu of flowers, memorial donations may be made in Barbara's memory to MidAtlantic Center for the Arts on their website at www.capemaymac.org, Donations tab, or mailed to: Cape May MAC, PO Box 340, Cape May, NJ 08204 Funeral services will be held on Thursday, August 11, 2022 at Evoy Funeral home at 3218 Bayshore Road, North Cape May, NJ 08204. Visitation is at 10:00am followed by a service at 11:00. Interment will be private. Condolences may be shared at www.evoyfuneralhome.com
Thursday
11
August

Share Your Memory of
Barbara
Upload Your Memory View All Memories
Be the first to upload a memory!
Share A Memory
Send Flowers
Plant a Tree