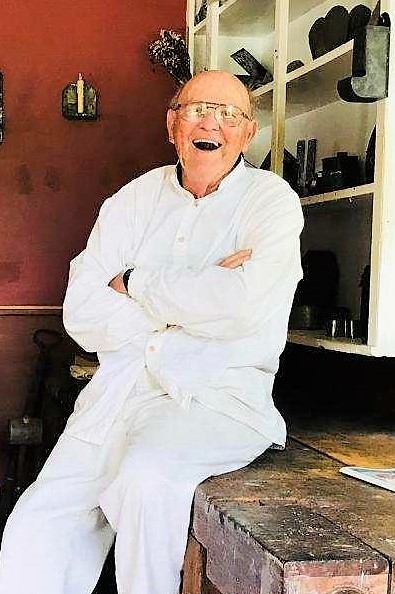 Please share a memory of Richard to include in a keepsake book for family and friends.
View Tribute Book
Richard E. King, 86, Villas, entered into eternal rest Sunday, June 19 at Cape Regional Medical Center. Born November 5, 1935, in Philadelphia, he was the son of the late Archibald and Ellen (McGeary) King. In 1954, he joined the United States Air Force and was stationed at Edwards AFB where they tested B-52 bombers. He was honorably discharged in 1958 with the rank of Staff Sergeant. After the military he enrolled in classes and later became a draftsman, having worked for the AEL Corporation for 35 years. Dick, as he was known to many, was a local talented and award-winning artist. He used his artistic talents to help in the restoration and painting of the statues and paintings at St. Raymond Roman Catholic Church. He was also a talented craftsman. He could be found at Cold Spring Village working in the tinsmith shop. His favorite hobby was fishing. He could often be found trying to reel in the next great catch. In addition to his parents, he was preceded in death by his only sibling, a sister, Ellen (2021). Richard is survived by the love of his life, his wife Mary R. (Blessing) to whom he married on September 10, 1955. He was the loving father to Janet, Stephen, Richard and Brian. He was also the proud grandfather to his beloved grandchildren. A Mass of Christian Burial will be celebrated 11AM Monday, June 27 at St. John of God RC Church. Family and friends are invited to pay their respects from 10AM until 10:45AM at the Church. Interment with military honors will take place on the grounds of the Cape May County Veteran's Cemetery. Please visit www.evoyfuneralhome.com to leave a condolence for the King family.
Monday
27
June

Share Your Memory of
Richard
Upload Your Memory View All Memories
Be the first to upload a memory!
Share A Memory
Send Flowers
Plant a Tree