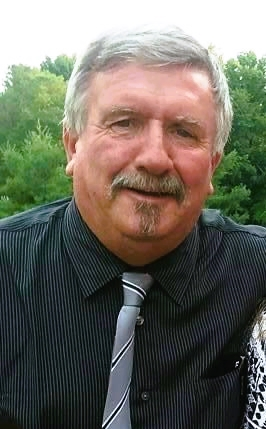 Please share a memory of Patrick to include in a keepsake book for family and friends.
View Tribute Book
Padráig "Bart" Hughes Jr. passed away on April 29, 2022 at the age of 64 surrounded by family. Bart battled with COPD for many years, a fight most were unaware of because how strong of a man he was and how hard he fought up until the very end. Bart was born in Coalisland, County Tyrone, Northern Ireland, on August 4, 1957. He was always proud of where he came from and made that known to everyone he encountered. He came to America in 1982 where he started as a landscaper and then found his passion working as a mechanic at Morey's Piers. His pride for his hometown never left him and he honored it by becoming a member of the Irish Center and a member of the Irish Northern Aid where he met the love of his life, Colleen. Bart is survived by his beautiful wife Colleen (Gallagher), his mother-in-law Joanne, daughter Emily-Jo (Rob), sons Padráig Hughes lll (Olivia), Connor Hughes (Rachel), and grandchildren Brayden, Carter, and Beaudan. He is also survived by his siblings Sean (Jane), Anita (Paul, daughter Niamh), and Philip (Aileen, son Emmett, daughters Terez and Halle). He is predeceased by his parents Padráig "Paddy Bart" Hughes, and Anna Hughes (Duffy), his father-in-law Edward Gallagher, and his brother-in-law Edward Gallagher Jr. A public viewing will be held at St. John of Gods church, located at 680 Townbank Rd., Cape May, NJ 08204 on Friday, May 6,, 2022 at 10am followed by Mass at 11am. In lieu of flowers, please donate to the GoFundMe account created for Colleen which can be found via Facebook or by going to gofundme.com and searching for either Olivia Simons or Colleen Gallagher under the title "Help with funeral costs and grieving period." Condolences may be shared at www.evoyfuneralhome.com.
Friday
6
May

Share Your Memory of
Patrick
Upload Your Memory View All Memories
Be the first to upload a memory!
Share A Memory
Send Flowers
Plant a Tree