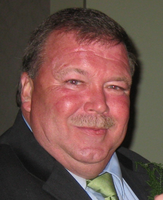 John J. Neville, Jr., 63, the Villas NJ, formerly of Philadelphia, entered into eternal rest Monday, August 1 at Cape Regional Medical Center. Born June 11, 1959 in Philadelphia, he was the son of the late John J Neville, Sr. and the late AnnMarie (McCann) Rogers. John was last employed as an off -lease auto inspector. He also worked for the Philadelphia Parking Authority, Boston Coach Limo Co., and Loomis Armor Cars. He tended bar at Stokes Bar and the Connor Club, Philadelphia, where he met many people who became his forever Philly friends. In true Philadelphia style, there were no greater teams in any professional sport greater than those from Philadelphia. Whether he was cheering for the Eagles, Phillies, Flyers or the 76er's; he was cheering and cheering loudly. John is survived by his three sons, John J. Neville III fiancée of Jim Davis, Wayne Neville husband of Kathy McAteer, and Christopher Neville husband of Lindsay Goulet. He is also survived by his beloved grandchildren Raymond, Jake, Bobby, Nolan, and Juliet; a sister Lisa Babst wife of Chris and her children Chris, Terri and Sarah. On July 12, John lost his best friend Molly a black lab mix. He and Molly were inseparable, best buddies. Molly stayed true to her loyal companion until the end. Funeral services and interment will be private and at the convenience of the family. Please visit EvoyFuneralHome.com to leave a condolence for the Neville family.