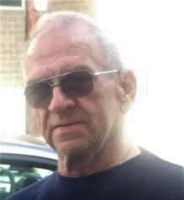 Metz, William Jr., age 76 of Philadelphia, passed away Sunday, January 9, 2022. An area resident for 35 years, William was born in and formerly of Philadelphia where he graduated from Cardinal Dougherty in 1963, then served in the US Marine Corps. From 1966-1972 including a tour in Vietnam, and was retired from Philadelphia Teamsters #107. He went on to work as a bus operator for the Lower Twp Board of Education, and became a member of the Moose Lodge in Erma, American Legion, VFW #5343 in Villas, Villas Fishing Club, North Wildwood Elks, DAV in Del Haven, and Knights of Columbus of Erma. He is predeceased by his wife of 42 years, Sallie Wood Metz. William is survived by his son William (Kim) Smith of Philadelphia, grandchildren Florence, Amber, Phillip, William, James and Rebecca and 11 great-grandchildren. A funeral service for William will be held at 11am on Tuesday, January 18, 2022 at Evoy Funeral Home, 3218 Bayshore Rd., N Cape May; a viewing will be held prior to service from 10am-11am. Interment will immediately follow service at Cape May County Veterans Cemetery, 129 Crest Haven Rd., Cape May Court House. Memorial donations in Williams memory can be made to the Marine Corp Toys for Tots at www.toysfortots.org. Condolences can be shared at www.EvoyFuneralHome.com.