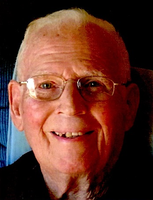 Sullivan, F. Robert "Bob", 87 of North Cape May, passed away peacefully at his home on May 11, 2018. He was a loving father, grandfather and husband. Bob served in the Korean War on the USS Moale from 1951–1954 as a cook apprentice. While in the service he received many awards. He worked as a chef throughout his career and spent 30 years at Henny's Restaurant of Stone Harbor as the executive chef. He was pre-deceased by his parents Francis Alfred Sullivan and Margaret Cecelia Sullivan and his grandson, Robert Charles Beason. He is survived by his loving, dedicated wife Jacalyn, his six children; Robert, Paul, Karl (Lisa), Fran (Lourdes), Joseph (Tracey) and Regina (Robert), his six grand-children and his nine great grand-children as well as his sister Joan Simpson. He was loved and respected by many. Visitation will be held from 1 pm to 2 pm on Wednesday May 16, 2018 at Evoy Funeral Home, 3218 Bayshore Rd., North Cape May, NJ with a service immediately following at 2pm. Burial will be private. Condolences can be shared at www.EvoyFuneralHome.com